The Yerevan State Puppet Theater after H. Tumanyan was founded in 1935. The founders were stage manager Sofya Bejanyan, artists Gevorg Arakelyan, actors Pavlos Boroyan and Araksya Arabyan. The first director of the theater was Varya Stepanyan. During the years of the formation of the theater directors Levon Kalantar, Vardan Ajemyan, Tigran Shamirkhanyan, artists Khachik Yesayan, Vachagan Tevanyan contributed their talent to the creative life of the theater. Since 1998 the manager and the art director of the theater has been Ruben Babayan. The theater goes on active creative life opening its doors for children and adults. 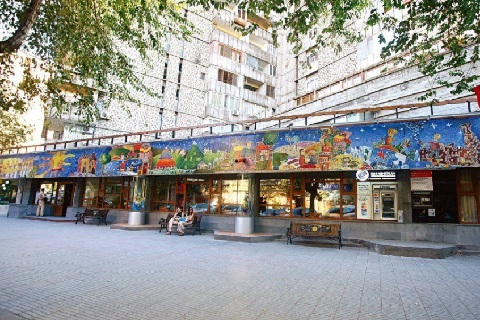